Take a leisurely drive from Maryborough to Tiaro passing through Mungar and Antigua, well away from the busy Bruce Highway.

Call in to see the animals at the Fraser Coast Wildlife Sanctuary and get a bargain at the market held on the third Sunday of each month. At Graham’s Creek, you will find The Rustic Emu Art & Craft Gallery displaying quality, locally made pottery, arts and crafts.

Mungar was quite an important railway junction when trains regularly stopped at Mungar and it was one of two junctions on the north coast line between Gympie and Maryborough.

The first section from Mungar Junction to Brooweena Railway was opened on 29th July, 1889 and sidings were established at Pilerwa, Yerra, Thinoomba, Hunter’s Hut and Aramara. Originally called Teebar, later known as Clifton and then Woocoo.

By 1874 there was a sawmill operating in Mungar and it was employing 47 workers.

The Mungar State School opened in 1875 and continues to educate the majority of local community members attending the school for the entirety of their primary education.

The A.E. Fielding Park at Mungar has a cricket pitch, community tennis courts and a club house.

Continue south on Mungar Road to Antigua and then on to Tiaro, another 14 kilometres further on. 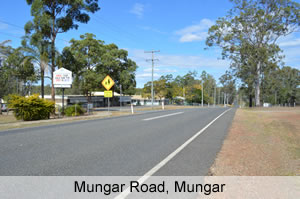 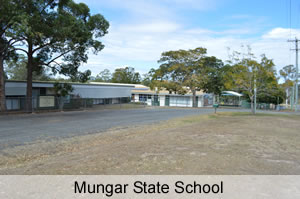 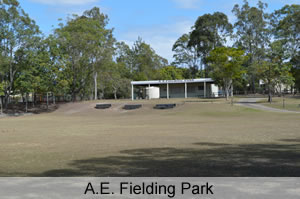