The Burrum coal mining industry was established in about 1886 and a market was found supplying coal to the Gympie gold mines, and for blacksmiths, iron foundries and river and coastal streamers. This became the major industry in the Burrum area for the next 100 years.

Timber and coal were transported down the Burrum River, across Hervey Bay and up the Mary River to Maryborough. The coal was shipped by the steamer ‘Iona’ and a ten ton cutter owned by Captain Walker. These were said to be the earliest vessels employed in the trade. This method of transportation was slow and no doubt inhibited the rapid development of the area. However, with the opening of the railway line from Maryborough to Howard in 1883, mining and farming operations expanded rapidly. 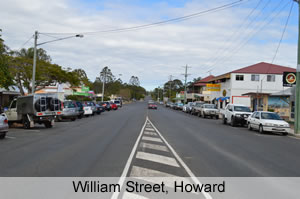 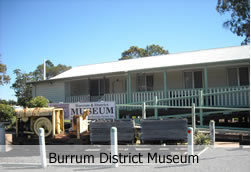 The Burrum District Museum The museum reflects the area’s past history as a major coal mining centre dating back to 1863, when the first seam of coal was discovered on the banks of the Burrum River. The museum houses an impressive collection of mining memorabilia at Burrum Street, Howard.

Open: Tuesday and Wednesday 9am – 12 noon, and Saturdays 8am – 12noon. More information!

Historic Foot Bridge This historic wooden foot bridge over the railway line can be accessed from Steley Street near the CWA Hall. The bridge is a great vantage point to watch trains.

Grand Hotel The pub was built in 1888 and is a popular tourist stop. The walls tell some of the tales of its robust heritage, when it was one of the watering holes for Burrum miners.

Howard Skate Park The park offers a skate ramp and smaller playground areas. There are toilets, BBQ facilities and the park is adjacent to the Howard oval and the Burrum District Community Centre. 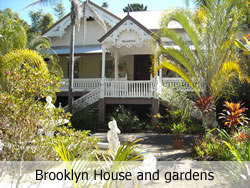 Brooklyn House, at 23 William Street in Howard, is an historical Queensland home on 3.5 acres of land and was built in 1890. It has been lovingly restored and reflects the best of a bygone era. Originally owned by the Rankin Family, the Colonel’s daughter, Dame Annabelle Rankin was the first woman to ever become a Senator in 1966-71.

Plaques on steel planter boxes, in the shape of coal buckets and decorated with remnants of machinery from the Burrum coalfields, bear photographs and a short note on each achiever.

The first box is located outside the Howard CWA Hall, with the rest along Steley and William Streets.

Old Bake House At 78 Steley Street is an old bake house with old time ovens and shop counters. Next door is an old time grocery and hardware store. 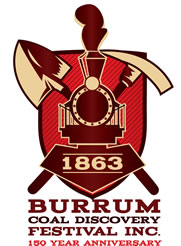 The Coalfest is an annual event held on the 3rd weekend in July. Come and visit the beautiful Fraser Coast and soak up our history and heritage at Coalfest.

Experience the Burrum District and see why Coalfest was a winner in the Queensland Regional Events and Tourism Awards.