Torbanlea was one of Queensland’s first coal mining settlements and is rich with mining history and heritage buildings, including a 100 year old pub.

Torbanlea is also famous for its annual picnic races in October – one of the best country race meets in Queensland. Experience the fantastic atmosphere of this family fun day.

Frangipani Fashion of the Field, chainsaw exhibition racing, woodchopping, foot races for the children, all make this a day out to remember.

History Aborigines of the Kabi-Kabi tribe were inhabitants of the Wide Bay District when early settlers, mostly timber-getters, arrived in the area during a surge of northward discovery and development in the mid 1800s.

In 1863 John and Robert Miller explored the Burrum River and established a sawmill in the vicinity. In April of the same year, John Miller dislodged a piece of coal on returning from fishing.

In 1865 William Henry Walsh made application to the Queensland Government for a block of 640 acres on which to mine coal. James Robertson, from Scotland, took up about 700 acres on the southern side of Walsh’s property.

James Robertson put down no less than 22 bores and later added an adjoining 300 acres, establishing what he called the Torbanlea Colleries.

The railway line from Maryborough reached Torbanlea in 1883. By 1885 there were sixteen working men’s cottages and James Robertson surveyed a township on his property and placed 100 allotments to sell by auction.

And so, the township of Torbanlea was born.

Torbanlea, like Howard, has many grand timber homes, courtesy of the hard work of the miners in the early years of its history. 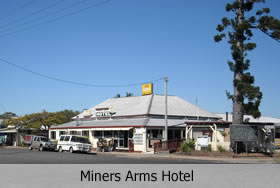 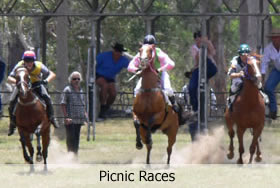 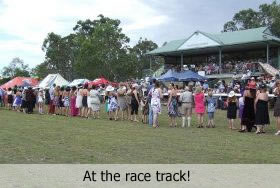